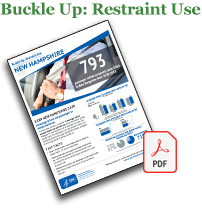 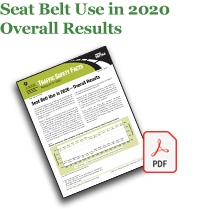 One of the safest choices a driver and a passenger can make is buckle up as soon as they sit in a motor vehicle.

By wearing seat belts and buckling children into age and size appropriate car seats and booster seats, people can reduce the risk of serious injury and death by half.3

Find these strategies and more at the Center for Disease and Control Prevention.